Cyber 4.0- The projects of the Competence Center of Roma Uno 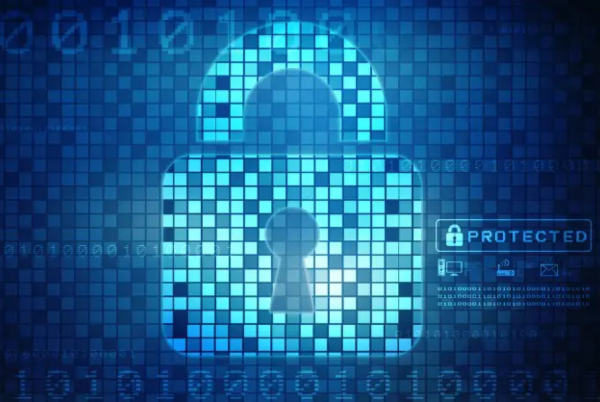 An investment around the 15 million of Euro, 9 of which dedicated to training and orientation activities; 37 private entities involved, together with all the universities of Lazio, leader of the La Sapienza project, and to that of the Eagle, but also to the CNR and Inail; 150 between professors, researchers and managers involved. These are the numbers fielded by the Competence Center Cyber 4.0 dedicated to Cyber ​​Security that will see the birth, within the University of Rome Wisdom, of the most important Italian reference point dedicated to these issues.

The university has in fact presented one of the 8 projects Italians which have been recognized by the Ministry of Economic Development for what is one of the most qualifying objectives of the strategic activities of the Plan Industry 4.0. To explain the strategies that led to the development of the project is Theodore Valente, Vice Rector for Research, the innovation and technology transfer of La Sapienza University.

Focus on cyber security because we are a country at risk

The first point from which to start to motivate the choice of issues to which to devote the efforts of the competence center comes from the analysis of one of the peculiarities of our country. “We made this choice - explains Valente - because, according to the latest statistics from Kaspersky Lab, Italy is ateighth place among the most attacked countries. A situation that generates very high direct and indirect economic impacts with estimated costs, according to the Eurispes 2017 report, in the order of 10 billion for each year. Apart from this, obviously, it is also necessary to consider all the issues that refer to sensitive data, which can be unduly acquired or disclosed.

Space, car and health: here are the lines of the Competence Center

Starting from these premises, therefore, the project focused around some specific characteristics on which the need for intervention is stronger. “We started from a central core, we called cyber core - underlines Valente - which represents cyber security at 360 degrees. This finds its declination in three specific strands. The first we have identified is it space relating, for example, all the security part of satellite communications. The second theme is that ofautomotive, and therefore the new generation of highly electronically controlled vehicles, with particular attention to the dialogue between the various units inside the structure and between the vehicle and the outside, that move streams of sensitive data from a security point of view. The third strand, finally, concerns issues related to e-health, to electronic medicine, which integrates, for example, both telemedicine and the patient's personal telematic file "

“The three themes were chosen by combining, on one side, the presence of the actors within the partnership and their skills, and on the other, listening to the regions that have supported us, Lazio e Abruzzo, which have placed these issues at the heart of the regional strategy of smart specialization from the research point of view, development and technology transfer ".

To create a structure suited to expectations, the goal is to become "landmark Italian for cyber security, in competition with the most important European realities ", the University of Sapienza has gathered a great variety of subjects. “We decided to involve all universities del Lazio - he continues - including Luiss, the free university of social studies and the University of L'Aquila. But in addition to the universities, we also had the membership of CNR and INAIL for the part that refers to healtH, topic on which we also have involvement in terms of support, dell’college of health“.

To the public part, obviously, there is also a consistent membership of private companies that will operate in partnership. “We have a proposal that sees 37 private entities - adds Valente - and that involves great people, average, small businesses, and foundations. Among the examples of companies that have joined the project we can mention Leonardo, Italian post, Telecom Italia Mobile, Telespazio, Thales, Sogei. Among the foundations, instead, we have entities such as the Formit foundation, the amaldi, which is owned by ASI, Italian space agency, but also Confindustria Training Services ". All this will give life to one public-private partnership, legally constitutive, which will have the character of stability in time, not running out, of course, with the first three years of activity which constitutes the time horizon of the initiative co-financed by the Ministry of Economic Development.

“This involvement, strongly recommended by the announcement - he explains - also provides for participation, not in terms of partnership but in implementing the envisaged measures on the orientation of digital Innovation hub. We have pre-agreements of collaboration with EDI digital innovation ecosystem, of Confcommercio, with Pico Network 4.0, of Legacoop and Cicero hub, by Unindustria ".

The training and orientation plan that has been provided for the Competence Center starts from one mapping the needs of the existing industrial fabric, in collaboration with digital Innovation hubs. From here an activity of technological adaptation and to raise awareness on the topic of cyber which will be followed by the training part, declined in three major areas.

"It simply came to our notice then decision maker and then to managers - explains Valente - one for those who technically operate in the cyber e, finally a third area intended for those who are at a intermediate level. People who need to acquire not too technical knowledge, above all, of a managerial nature, that can be associated with the topic of cyber security ". The part of training and orientation is then expected to be in close synergy with the projects research and development, that have been identified. In total 15 of which 6 in the "core" area is 9 on the three areas of specialization.

Investments, times and people involved, here are the numbers of the Competence Center

According to the measure provided for by the MISE, theinvestment cheap, in the first three years it will be 50% co-financed by the Ministry for Economic Development, to continue, then, independently. “The costs exposed are on the whole of 15 million of euro - points out The Pro Rector - and again in economic terms we have assumed 9 million euros for the activities of orientation and training e 6 million for specific project activities. In addition to this there is the funding from the partners, contributed partly in funds and partly in technologies that serve to ensure rapid operation ".

“In the application - continues Valente - we also had to present the curricula of battery you intend to involve. At this moment we have quoted approximately 5 names for each partner, a few more for our university, as leader e, Right now, let's talk about a total of 150 among researchers, professor, senior executives. It deals with, however, an underestimate given that this is a consistent operation ".

The headquarter of the Competence Center dedicated to cyber security will be located within the university of Wisdom. As for the times, finally, the university is now undergoing negotiation with the Ministry but the hope is that we can leave as soon as possible, perhaps already in the first months after the summer break. "We we are ready starting with the first phase, according to the temporal plan that we have presented - concludes Valente - as soon as the ministry gives us the green light. Obviously we will start gradually, starting with the most important part which is that of orientation and the first training activities ".

All the companies participating in the Competence Center

These, instead, the Athens and the entities involved in the project